Posted on November 16, 2020 by wisdomfromafather

I thought I would share this oldie but goodie as today’s Words for the Week. 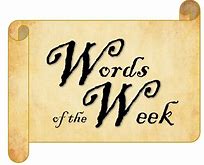 An older, tired-looking dog wandered into a woman’s yard. She could tell from his collar and well-fed belly he had a home and was well taken care of.

He calmly came over to her and she gave him a few pats on his head. He then followed her into the house, slowly walked down the hall, curled up in the corner and fell asleep.

An hour later, he went to the door, and she let him out.

The next day he was back, greeted her in the yard, walked inside, resumed his spot in the hall and again slept for about an hour.

This continued off and on for several weeks. Curious, the woman pinned a note to his collar: “I would like to find out who the owner of this wonderful sweet dog is and ask if you are aware, almost every afternoon your dog comes to my house for a nap.”

The next day he arrived for his nap, with a different note pinned to his collar: “He lives in a home with six children — two under the age of three. He’s trying to catch up on his sleep. Can I come with him tomorrow?”

THOUGHT TO REMEMBER: It’s fine to celebrate success, but it’s more important to heed the lessons of failure. — Bill Gates

I'm just an ordinary guy walking along the journey of life.
View all posts by wisdomfromafather →
This entry was posted in words for the week and tagged attitude, dog, DPchallenge, Friends, humor, Laughter, life, nap, stories, words. Bookmark the permalink.