Christ, the Light of the World

Posted on November 15, 2020 by wisdomfromafather

I am the light of the world. He who follows me shall not walk in darkness, but have the light of life. — John 8:12 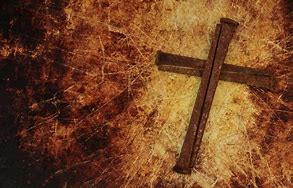 In [Christ] was life, and that life was the light of men. The light shines in the darkness, but the darkness has not understood it. — John 1:4-5)

For you were once darkness, but now you are light in the Lord. Live as children of light (for the fruit of the light consists in all goodness, righteousness and truth) and find out what pleases the Lord. Have nothing to do with the fruitless deeds of darkness, but rather expose them. For it is shameful even to mention what the disobedient do in secret. But everything exposed by the light becomes visible, for it is light that makes everything visible. This is why it is said, “Wake up O sleeper, rise from the dead, and Christ will shine on you.” — Ephesians 5:8-13

Einstein among others showed light consists of “particles” called photons that have energy (but no mass). However, light has many wave-like properties such as refraction (seen, for example, when light bends through a prism). Of course, light enables us to see, and the wavelength at which light radiates determines what color we see. And light (sunlight) enables plants to undergo photosynthesis, which is essential to life (plant, animal, and human) on Earth. From a physical standpoint, then, light is absolute, mysterious, sight-enabling, life-giving, and — without a doubt — wondrous! 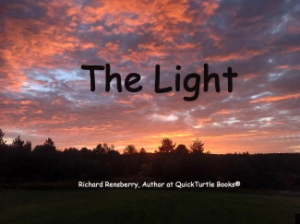 In the world we live in today, with so many uncertainties and so much evil, Christ is the only answer to the questions of life. Let us turn to Christ, the Light of the World.

This reflection is by Nigel Lee and appeared in Daily Encouragement. Nigel and his wife Laifong live in Chestnut Hill, MA with their son Caleb. Nigel received his Ph.D. in electrical engineering from Princeton University in 1995, and he has been working at MIT Lincoln Laboratory, Lexington, MA, since 1998 in the Advanced Sensor Technology Group. Laifong received her Ph.D in molecular biology from Princeton in 2000 and is currently working as a post-doctoral fellow at Brigham & Women’s Hospital in Boston.

THOUGHT TO REMEMBER: The bow too tensely strung is easily broken — Publilius Syrus