When Words Get in the Way

I had planned to post a review today. I can’t. After plugging through the book, there just wasn’t much positive I could say. I realize how important reviews are, and I didn’t want to saddle the book with a low star rating.

I know that’s harsh. I know the author will bleed real tears.

I still believe every one of us has a story to tell, either fact or fiction. And so I applaud the author for taking the risk and baring her soul. However, it needs so much work to make it not only plausible, but readable as well. So, instead of a review, I thought I would review some of the basic writing tools we have been talking about.

As a disclaimer, this book is a fantasy, replete with dragons, courts, and feudal land. It’s not my genre of choice.

The plot was reasonable. Our protagonist, a pacifist prince, goes with his father, the king, on a dragon hunt ten days to the north of the kingdom. The prince and his love interest go back after  the kill and discover the dragon’s egg. They decide to wrap it in his pack and return home. From there, the prince takes the egg to a sandy cave near the beach where he and the princess tend to it as it hatches fro a tiny dragon and doubling size almost daily in the cave before they set it free. Meanwhile, back at the castle, an evil lord and antagonist plots to frame the prince for the murder of the king. When the prince runs away and his younger, more easily influenced brother assumes the crown, the plot thickens leading to a five year quest of self-awareness that introduces integral characters and adventures, culminating in a battle scene that rightfully returns the crown to the proper son. Of course, our dragon plays a key role. Love triumphs. 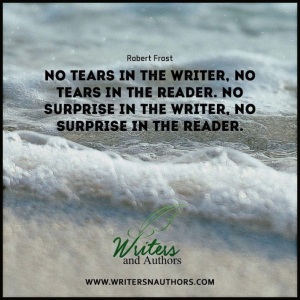 The first thing that struck me was sentence structure. It sounded more like a writer who wrote with English as their second language. The sentences were convoluted, sometimes more literal than they needed to be, sometimes with interjections that were not needed, sometimes with gaps missing key information.

Next was the editing. There were serious lapses — spelling, punctuation, flow, continuity. The author maintained it was edited by a screenplay writer (perhaps part of the problem) and another author friend. I cannot emphasize this enough. No manuscript should ever be published without the assistance of a qualified editor or, at the very least, an extensive, more than one person beta read — family and friends excluded.

The dialogue often seemed contrived. I wasn’t sure if the characters were speaking as royalty or ruffians. Sometimes the conversations volleyed between the two, especially when the “my lords” were mixed with “holy crap” or “skedaddle” or “asshole” just seemingly out of the blue. As we’ve discussed before, dialogue is essential in moving a story forward. It can provide information, be a tool to set context, or bring characters alive. Unfortunately, I didn’t see much of that in this novel. That’s not to say there weren’t flashes of good conversation … just not enough overall.

I do hope the author reads this constructively. I’m not trying to douse the fire in a writer’s soul; I’m trying to ignite it. Look at the story through new eyes. Rewrite it if necessary. Republish it if necessary. 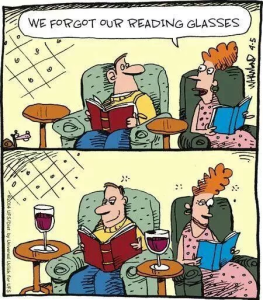 This was a classic example of everything wrong with independent publishing. And that’s too bad. Words sometimes can get in the way.

THOUGHT TO REMEMBER: Why creep when you can walk? Why walk when you can run? Why trot on the ground like a hen when you can soar in the sky like an eagle? Why be missing in the crowd when you can stand out and be counted? Why let your voice be swallowed by other voices when you can shout above those voices and be heard? Why sink in water when you can swim to safety?

2 Responses to When Words Get in the Way