Posted on February 26, 2020 by wisdomfromafather

It’s time for some Midweek Mirth so let’s smile a little! 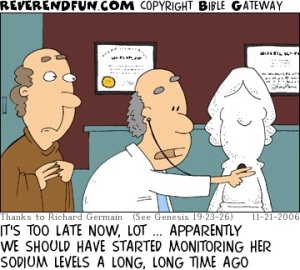 A guy decides to bring his new girlfriend to a football game. After the game is over, he asks her if she liked the game. She replies: “Oh it was great, but there is one thing I don’t understand.”

“What don’t you understand?”

It is hard to understand how a cemetery raises its burial rates — and blames it on the cost of “living”.

THOUGHT TO REMEMBER: [Humanity] has unquestionably one really effective weapon — laughter. Power, money, persuasion, supplication, persecution — these can lift at a colossal humbug — push it a little — weaken it a little, century by century, but only laughter can blow it to rags and atoms at a blast. Against the assault of laughter nothing can stand. — Mark Twain