Posted on February 18, 2020 by wisdomfromafather 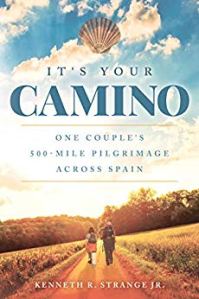 Well, I promised Ken I would read it. And I was pleasantly surprised. It is a travelogue — and then some — of one couple’s 31-day journey along the Camino Trail from the  snow-capped Pyrenees in France to Galicia, a region in the northwestern corner of Spain in the Celtic region, filled with incredible ups and downs. You can feel the pain of walking almost 500 miles, experience the majesty of snow capped mountain vistas, share the camaraderie with fellow travelers, enjoy the humor and pathos of the trip, visit with shepherds with their flocks, see storks in church belfries, and finally feel the awe of little country churches to majestic cathedrals. It started with their first steps through the clocktower arch in the Basque village of Saint-Jean-Piedde-Port and was capped with a visit to the cathedral of Santiago de Compostela.

But it’s more than a travelogue. It is a once-in-a-lifetime, five star adventure made even more attractive because it included his wife and best friend, Aurora. It was their journey, not only in steps, but in self-awareness as well.

In his acknowledgments, Ken noted, “She’s [Aurora] had to listen to my half-baked plans about hiking the Camino for years until she finally threw up her arms and said, ‘Let’s just do it!'”

Ken is no stranger to hiking. As a kid, he often ventured to the edge of the beach, the end of the road, or to an opening in the forest. So it was natural his wanderlust included hiking the Adirondacks of New York, Sierra Nevada of California, volcanoes of Mexico, Rub Al Khali desert in Saudi Arabia, or the hill behind his house. During his life, these places have become his  refuge — places where he could reflect and listen to his heart. And what better place on earth to seek freedom and spiritual meaning than on the Camino.

Aurora, with her deep faith and love for the outdoors, was a perfect companion for the adventure. Ken readily admits it was not that easy to wake up every day and walk mile after mile with your spouse for 31 straight days. “It can test even the best relationship. But she is, above all, my best friend, and that is a solid foundation.”

The stories and interactions with their fellow pilgrims is worth the price of the book. Finding out what they were thinking, what motivated them to overcome the physical and mental challenges, to walk day in and day out, in the sun and in the rain, are part of the story within a story — compelling, inspiring, genuine. It was the people along the way — the pilgrims and non-pilgrims — who were “Their Camino” and inspired them every day: Russell and Lori, the blind couple from Minnesota; Frank, the 89 year old Basque cyclist, broken and battered but not defeated; and Karla, the Dutch woman who dreamed about the Camino and found the courage to strike out alone, an experience she found liberating. These were just a few. Each had a unique story to share, a deeply personal reason, or not, for walking to Compostela, something which compelled them either spiritually or for some other reason to endure the blisters, aches, rain, and fatigue. 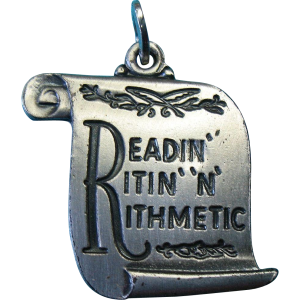 Without them, the Camino is just another road meandering through Europe. It is their story too.

The reader will also vicariously share in the experience of visiting the many historic towns, villages, and cities along the Camino; tour medieval churches, castles, and cathedrals; and ponder Spanish history — El Cid, the Knights Templar, the haunting Spanish Civil War, and modern-day Spain.

Ken came to the Camino hoping to accomplish several goals: travel and discover the allure of Pamplona, lose weight, come up with enough material for a book, take a break from life, and perhaps, just maybe, learn something about himself. As he notes, “these goals revolved around me.”

But it ended differently. The Camino was greater than any one person’s personal goals or cutting another notch in a belt full of achievements. It was about putting oneself out there for other people — for one’s fellow pilgrims. It was no longer about me; it was about them.

He noted, “If I could translate something in Spanish for a fellow pilgrim, or put my arm around a young man to console him, or rescue a young Chinese girl on a mountain top, I did so willingly. When my wife tended to a Japanese woman’s blisters or gave advice on how to care for a college student’s injured knee, she did so with genuine love and concern. In telling this story about my brother and sister pilgrims, I learned more about humanity. And in learning more about humanity, I could better understand that my reason for living was to serve others.”

Ken never did find divine inspiration or discover the inner him. They didn’t lose weight (the contrary, thanks to a never-ending supply of custard flan from the Pilgrim’s Menu) or find love (I already had that). Instead, their journey on the Camino involved both the physical and the symbolic paths — the latter one of introspection and renewal so upon completion, they might be reborn with a newfound sense of inner peace. 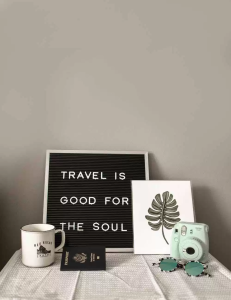 Or as Ken sums it up, “If we learned anything, it was the Camino, like life, was a personal journey, a journey which was meant to help the traveler reflect upon the other world, breathe in the air, and wait in joyous expectation for what might be around the corner. It all seemed so simple.”

I still have no desire to hike or go on a pilgrimage, especially to Europe. But I know what Ken is talking about. Being on the road … traveling the back roads … stopping at off beat sites … taking in the mountain, valley, or ocean vistas … reflecting on life … breathing fresh air … waiting in joyous expectation for what might be around the corner. It really is that simple.

THOUGHT TO REMEMBER: Very little is needed to make a happy life; it is all within yourself, in your way of thinking. — Marcus Aurelius

3 Responses to It’s Your Camino