Posted on October 16, 2019 by wisdomfromafather

So, let’s smile a little! 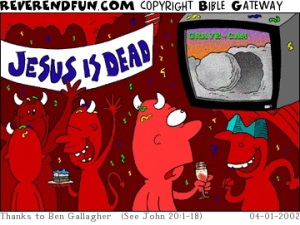 The first graders were attending their first music lesson. The teacher was trying to begin at the beginning. She drew a musical staff on the blackboard and asked a little girl to come up and write a note on it. The little girl went to the blackboard, looked thoughtful for a minute and wrote, “Dear Aunt Emma, just a short note to tell you I’m fine.”

A daughter called her mother at work to say she was to phone “Josh” at the bank about her account. So, she called her bank and the operator asked her what Josh’s last name was, and she explained he hadn’t left his last name.

“There are 1,500 employees in this building, ma’am,” the operator advised her rather sharply.

After a few more brusque comments, the woman was becoming angry so she asked the operator for her name. “Danielle,” she said.

“And your last name?” the woman asked.

“Sorry,” she replied, “we’re not allowed to give out last names.”

THOUGHT TO REMEMBER: Laughter is the sun which drives winter from the human face. — Victor Hugo

I'm just an ordinary guy walking along the journey of life.
View all posts by wisdomfromafather →
This entry was posted in midweek mirth and tagged attitude, DPchallenge, humor, Laughter, life, love, mirth, relationships. Bookmark the permalink.