Posted on July 4, 2019 by wisdomfromafather

I was thinking about how I celebrated Independence Day through the decades. I remember the celebration being the kickoff to summer vacations — sneaking an extra day. Parades were always part of the day. Barbecues immediately come to mind. And, of course, the fireworks stand out.

Until lately, barbecues were always a staple for the July 4 celebration. Growing up, the folks would fight with the charcoal for what was sometimes the only cookout of the year. After Karen and I got married, we mixed hosting barbecues with visiting at friends’ barbecues. I remember kids running around with sparklers until dusk closed in and we headed for various firework displays.

My first recollection of July 4 fireworks were as a tyke in Paterson NJ. My cousins and I — along with their families — walked to three or four blocks up the Madison Avenue overpass to watch the pyrotechnics light up the sky. When we moved to Totowa, NJ, the day started with the parade, which was staged a few blocks away. And we could sit in the back yard and still get a sky view of the fireworks.

The traditions waned after I entered the workforce, got married and started a family. Early in my career, I was usually inside the office instead of witnessing the bursts above. In Ogdensburg, NJ, we watched the parade from our back yard, and would travel to neighboring Sparta,  NJ, for fireworks.

In Belvidere, IL, the tradition was revived with a morning at the downtown parade, good eats during the day and heading to neighboring Cherry Valley, IL, to stake out our spot, usually with neighbors, friends and soon-to-be-friends, as we watched the kids run around with reckless abandon until the first crack and flash in the sky. I do remember one year it was hot, humid and overcast, but the crowds gathered in and around Cherry Valley, only to be prematurely displaced by the howl of the tornado sirens. Nature put on quite a display that July 4 night!

In Ohio, we often ventured over toward Maumee Bay to watch the fireworks. Karen and I aren’t particularly fond of crowds so we often found a place somewhere along the river bank to watch the display.

We always intended to go the The Mall in Washington, DC, but we always came up with an excuse and generally watched the fun on television … comfy in our pjs and the ac.

By the time we reached upstate New York, the allure of July 4 fireworks dulled. Barbecues were a must and occasionally we would take in a parade. There were not a lot of firework options — they were reserved for other events in most towns — but one summer July evening we drove to the Seneca Lake shoreline in Lodi to watch a parade of boats and probably not-so-legal pyrotechnic show.

I happened  to be in Dexter, ME, one July 4 weekend and got my holiday firework fix there overlooking Lake Wassookeag. I’ve returned a couple of times, usually capping off the night with a frosty ice cream cone. The fireworks were last night, so I missed this year, and I doubt I’ll trek to Bangor or Greenville. 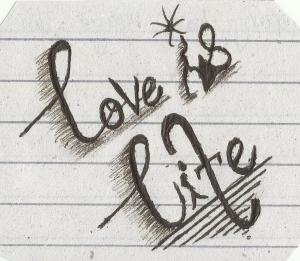 It’s not a big deal for me. After all these years, the pop, flashes and displays tend to be routine. Seen one. Seen them all. The excitement has aged as I have.

However, with that being said, there are two places that really captured my attention. I was at a music/food festival in the Minneapolis/St. Paul, MN, area. I was there more for the food, but stayed late enough to watch the fireworks, which was the first time I witnessed synchronized pyrotechnics with Dan Fogelberg on stage.

The second firework display that garners excitement for me is in Seaside Heights, NJ. It’s called First Night Ocean County and it takes place around 5 p.m. Dec. 31. The hook is the explosives are lit on the beach and explode over the Atlantic Ocean. It’s an entirely different experience. I’ve been to three in the last five years — well, actually two. Two years ago it was bitterly cold and the event was postponed and my plans couldn’t be extended.

I hope you all have a safe July 4th, celebrating our heritage as a nation. Enjoy your parades, your barbecues and your fireworks.

THOUGHT TO REMEMBER: The greatest impact of your life comes at the time of your greatest pain. 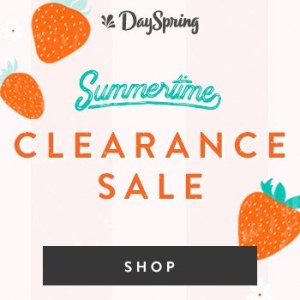 9 Responses to Fourth of July Fireworks