On a drab, dismal Friday, it was refreshing to plug into Kate’s Five Minute Friday home page and discover the word for the week was CULTURE! This is going to be interesting.

You know the drill. It’s Friday, we have a prompt, we write, we post, we share. And it all comes down  at Kate’s place in the Community section at www.fiveminutefriday.com. I’ve told you before … you should check it out. Better yet, you should join in.

For another take, Gayl contributes from Five Minute Friday: A Collection of Stories Written in Five Minutes Flat, “My very first blog post was for FMF. It really helped me move forward with my blog. It was fun, inspiring and a challenge to write for five minutes on a topic.”

There you have it. Listen to Gayl.

I guess it’s time to get started. The timer has been set so we’ll cultivate our way through the next five minutes. GO… 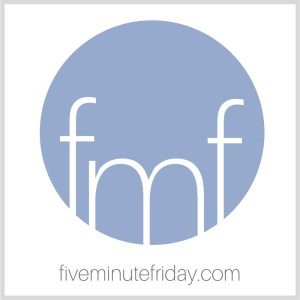 Hmm. Which was to go.

Initially, I thought of culture as a noun — you know, the customary beliefs, social forms, and material traits of a racial, religious, or social group.

But as I let my mind wander, I shifted to culture as a verb. More specifically, it’s more widely used synonyms — cultivate, grow, promote, raise, rear, tend. And I’ll try to connect those actions with the noun and how it ties together. Let’s see how we do.

We’re interconnected. This group, Five Minute Friday, is a group of individual writers

… who come together as a Christian-based writing community linked by our interest in faith-filled writing. That’s the noun. That’s our linking belief. That’s our group. That’s our culture.

By definition, culture the verb is transitive. As such it has two characteristics: it is an action verb it must have a direct object. So, friends, let’s culture each other — in this group and in life.

THOUGHT TO REMEMBER: Encouragement is the fuel on which hope runs. – Zig Ziglar